All news
All knowledge tips

8 childhood business lessons from my dad I became a Dad yesterday! My Dad taught me important business lessons throughout my life. I will share some of my favorites through childhood stories. I hope to pass these lessons on to my son. 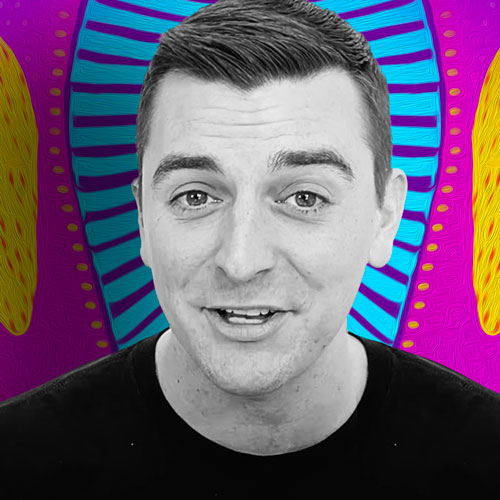 As I evolve into a parent, I have reflected on the importance of my Dad in my business career.

My Dad taught me valuable lessons that I deeply relate to today as a 31 year old business operator. I hope to pass these lessons on to my son.

My Dad did the same work for most of his life — title insurance. When someone buys or sells a home in the US, my Dad's company assured the property's title (the official documented ownership) was correctly transferred from one owner to another.

I always thought it was boring. He tried to get me into the business, but it didn't feel right and I didn't enjoy it. I knew he was a business pro, but I never understood why.

After he passed away in 2018, I reflected deeply on the lessons he had gifted me. As I advance in my business career, I can fully appreciate and understand his teachings. This article outlines my favorites.

The outcome is usually very different than the plan.

My first legally registered business was a vending machine business. I purchased alcoholic breathalyzer machines and put them in bars. For $1 you could take a regular drinking straw, blow into the machine, and get an accurate reading of your BAC (blood alcohol content) level.

I thought it was interesting, unique, and helpful to the community. I had a vision that it would help reduce the amount of people that drive under the influence of alcohol.

I asked my Dad for general business advice as I started the venture. He told me, "Make a list of 'what will happen' and 'what will not happen' in the business — then go do it." I thought it was a silly thought experiment, but I followed his advice.

A few months into the business I was amazed that nothing happened as I had planned. My grand vision for how the business would work did not come true.

I should have swapped the two lists. Nothing was correct.

Two of the most challenging examples:

The "list exercise" my Dad gave me showed me a very important perspective — The outcome is usually very different than the plan.

Now I have a deep understanding of this. It's why I rarely create or follow strict plans.

It's only worth what someone is willing to pay for it

My first interest in business came through baseball cards. I used to buy them, sell them, and trade them. For the first time in my life, I felt like I owned something of value. I could generate more money and value by buying, selling, and trading. This was very interesting to my 10-year-old mind.

How did I know the value of a card? I used the 1990's and early 2000's gold standard for baseball card value — Beckett Baseball Card Price Guide. This was a magazine that had lists of baseball cards and the price of that card. It was like an old-school phone book for baseball card prices.

If a card was labeled as $55, my young mind immediately thought I had a card worth $55. When I would tell my Dad about my highly valued cards, he would always dismiss the comment and say something like, "It's not worth $55 unless you can find someone to pay $55 for it. Do you have someone ready to pay you $55?"

I did not know anyone who would pay $55 for the card, so I quickly learned it was not worth $55.

This realization was crushing but true. A baseball card was only worth what someone was willing to pay for it.

Gambling is high risk with a high probability of losing. Taking calculated risks that are in your control leads to less loss.

I have never liked gambling. I believe this story is the reason why.

Before people used credit cards in stores, people carried around cash. My Dad would hold up a stack of bills, fold it in half, and tell me to guess the values of the bills in the stack. Imagine a stack of 30-50 bills of all different values.

If I guessed the exact dollar amount in the stack, I could keep all of it.

If I did not guess correctly, we continued the day as usual.

I never guessed it correctly. Not once. It was terrible.

Whenever he offered to play the game, I got very excited. Sometimes I would have already spent the money in my head before I even guessed. This was my first introduction to gambling.

The idea of winning any amount of money as a child is exciting. But I never got the money.

Massive excitement went to complete failure and sadness within seconds. It's mentally painful, and I don't like the feeling.

I remember being less excited about it as I got older. I don't like self-inflicting failure on myself. I like to take calculated risks. Risks are fun! But if the risk is not in your control, there may be a high probability of failure.

I will accept loss, but I don't like to lose.

I like to have direct control of my risks.

Don't compare yourself to others

Don't measure your success based on other people's success.

I took a high school science test, and most of the class failed. I had one of the highest scores in the class — somewhere in the 60s out of 100 total points.

At the dinner table, I was excited to present my third-highest score to my parents. My Dad wasn't as excited as I was. He was so confused about why I was excited. 60 out of 100? Why are you excited about this?

"I was the third-highest test score! I did better than most people in the class."

I vividly remember my Dad telling me, "I don't care about anyone else's score. I only care about your score."

At the time, I thought my Dad was being unreasonable. I was expecting praise and I received the exact opposite. He was furious that I received a failing mark and was still proud of it.

He completed the knockout when he said, "What was the highest score in the class?" The highest test score was 98. I felt silly telling him that. If I'm going to make the mistake of comparing myself to someone, why don't I compare myself to the 98 person?

It took me years to realize it, but I agree with my Dad.

This night at the dinner table permanently engraved the "Don't compare yourself to others" concept deep in my brain.

Anyone can cheat the system, but it's not worth it

Stealing and cheating is not an option.

I asked him if he ever did anything illegal in business. He said "No" and followed up with this context.

My Dad worked in title insurance. There are a lot of physical papers, signatures, documents, money held in escrow, payments, bank stuff, and more.

He told me that he's in a business where cheating is easy. Numbers and processes can be illegally modified for financial gain.

He said that he had been asked to do illegal things many times. A tiny change on paper could be a massive financial gain for everyone involved.

There was also a low chance of being caught. As long as all parties signed off on it, cheating was easy.

This was clear to me instantly.

Stealing and cheating is not an option. No amount of money or success can create a scenario that's worth it.

Ask a question to see how the person answers it

Understand more about people by how they answer questions.

When my Dad interviewed people, he would ask questions that he didn't necessarily care about the answer to. He cared about how the person answered the question.

He tried to instill the mindset that this strategy was a good idea. Identifying how someone responds to a question can give you a lot of information about that person.

I always thought it was silly and pointless. I figured it would be better to only ask questions that you need to know the answer to. Why waste time asking unrelated or irrelevant questions?

I realized this lesson as I started to hire at Finsweet. The lesson made a lot more sense.

My favorite question to ask is, "How do you like to be paid for work?"

Often I don't care about the answer to this question. I'm not looking for any specific answer.

When I ask this question, I get to see how this person thinks about money. Are they money driven? Do they deeply care about money? Are they truly here for the experience? Are they just trying to say the "right thing"?

This was one of the most valuable questions I asked in the early growth of Finsweet. It has helped us create a team of people who are not money driven.

This is crucial for unfunded early stage growth.

I handpicked the people who seemed the most passive about money-related issues.

I focused on how that person answered the question. Not the contents of their answer.

Things take longer than you expect them to.

"It will take 5 minutes" is a common phrase.

Whenever I would say it, my Dad would respond, "Nothing takes 5 minutes."

No matter what I said would take 5 minutes, my Dad would always responded the same way — "Nothing takes 5 minutes."

This simple phrase explains how time estimates are often underestimated.

This is a lesson I've come to appreciate as I get older, both in personal and professional life.

It's common to come up with a clear timeline and believe that everything will happen according to schedule. It's also common to realize that you underestimated the timeline and you need more time.

In business, in life, in everything. Things take longer than you expect — and nothing takes 5 minutes.

It's common to have life-long business associates

Working with the same clients for decades is impressive.

This principle was taught through example. Most of my Dad's clients were long-time clients.

Hearing [some person] worked with my Dad for 20-30+ years was common.

When I was younger, I didn't think this was unique. I assumed this is what happens when you have a business. You work with the same people forever.

With a better business perspective years later, I can now appreciate this success. Decades of continuous work with the same person is impressive.

Most of the people at my Dad's funeral were his business associates. People came up to me and introduced themselves as [person] who worked with my Dad for [x] years.

This was when this lesson was fully realized.

I believe he was able to do this through his core traits — hard work, reliability, respect, and honesty.

Although I won't know the outcome of this for many years, I believe I have the ability to maintain life-long business friends through my Dad's traits.

That's it for now.

8 childhood business lessons from my dad
8 proven tips to sell more Webflow sites in 2022
Finsweet is now a Webflow development only agency
Finsweet hires CTO to go technical in Webflow
Why I didn’t sell Finsweet for $1.24 million dollars